
The Northampton Musical Theatre Company produces musical theatre shows and concerts throughout the year, aiming to be of the highest NODA award-winning standard, to entertain Northampton audiences.

We have been proudly performing to Northampton audiences since 1898; in 2011 we changed our name from ‘Northampton Amateur Operatic Company’ to NMTC. We are a registered charity (number 1146275) and we’re run entirely by volunteers. We have a committee of 9 members and a President. However, we hire a professional Director, Musical Director and Stage Manager for our shows, as well as a paid Orchestra.

Our Charity of the Year

NMTC is entirely run by volunteers. The committee is made up of 9 members, including 5 named officers: Chairman, Vice-Chairman, Business Manager, Treasurer, Secretary as per our Constitution. Each member serves a 3 year term before requiring re-election onto the committee. Our President also attends the committee meetings. 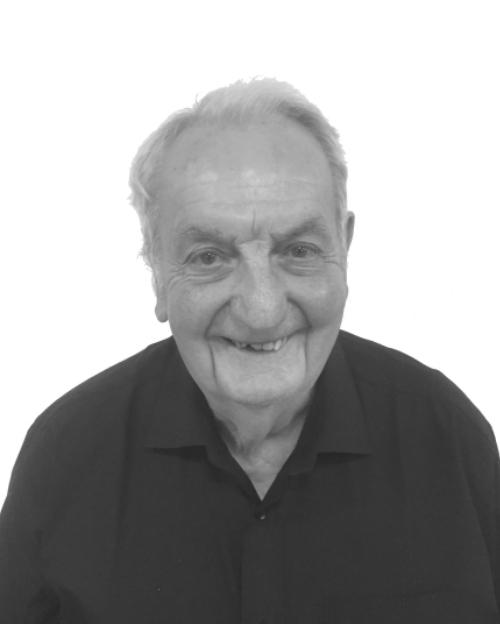 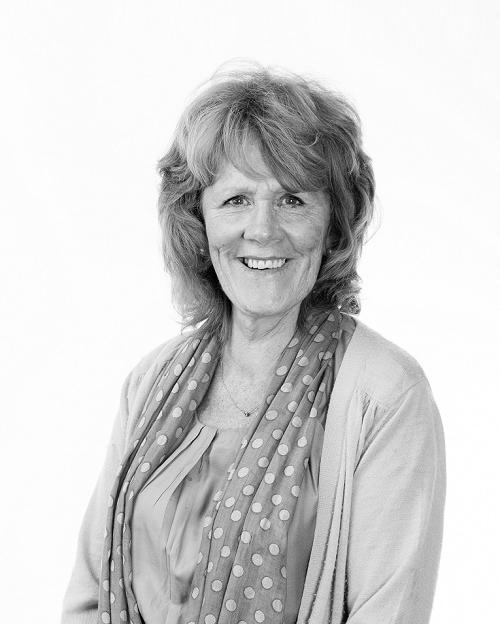 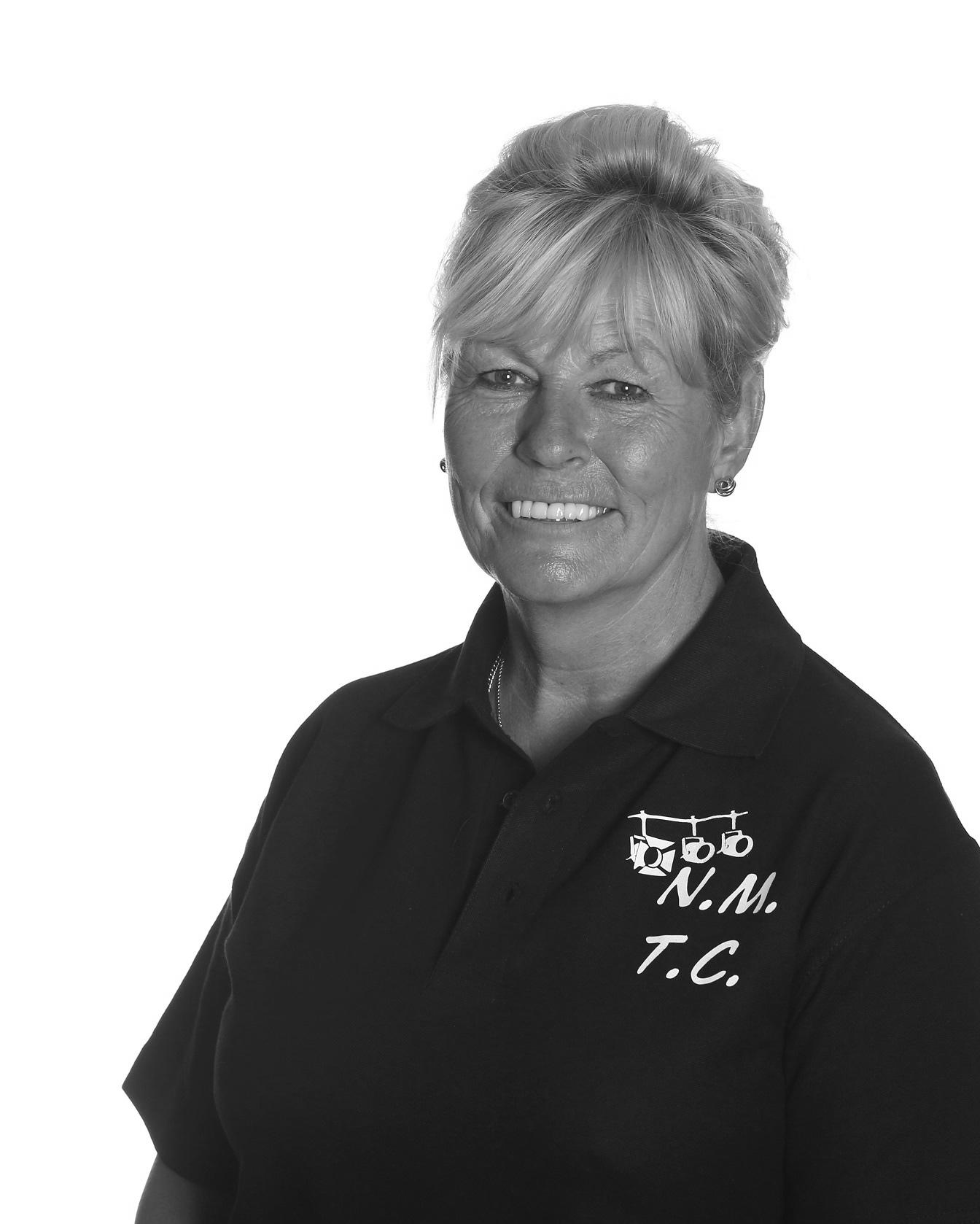 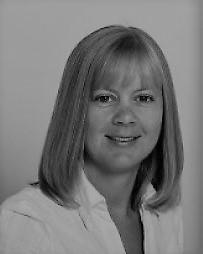 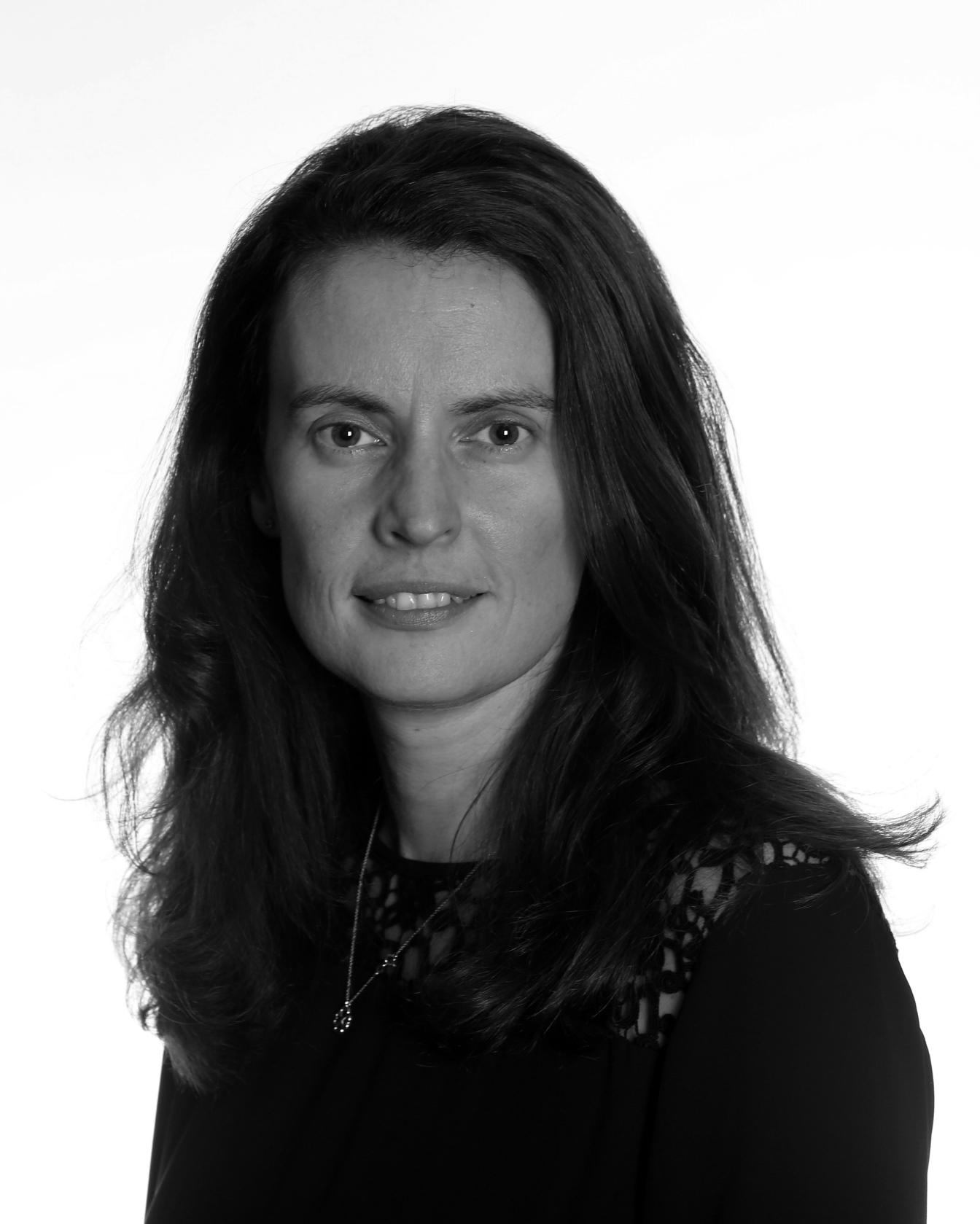 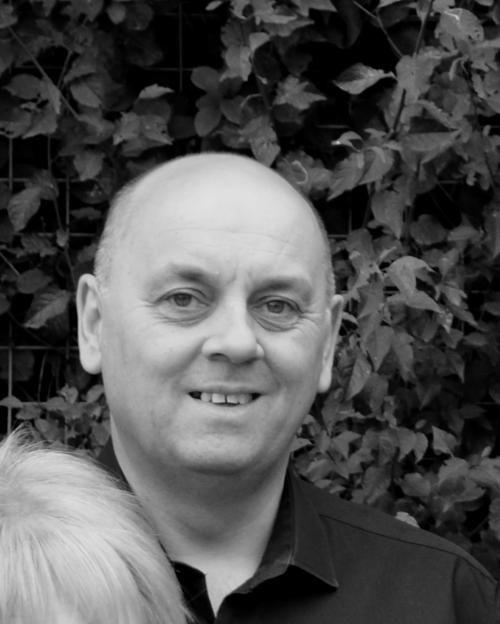 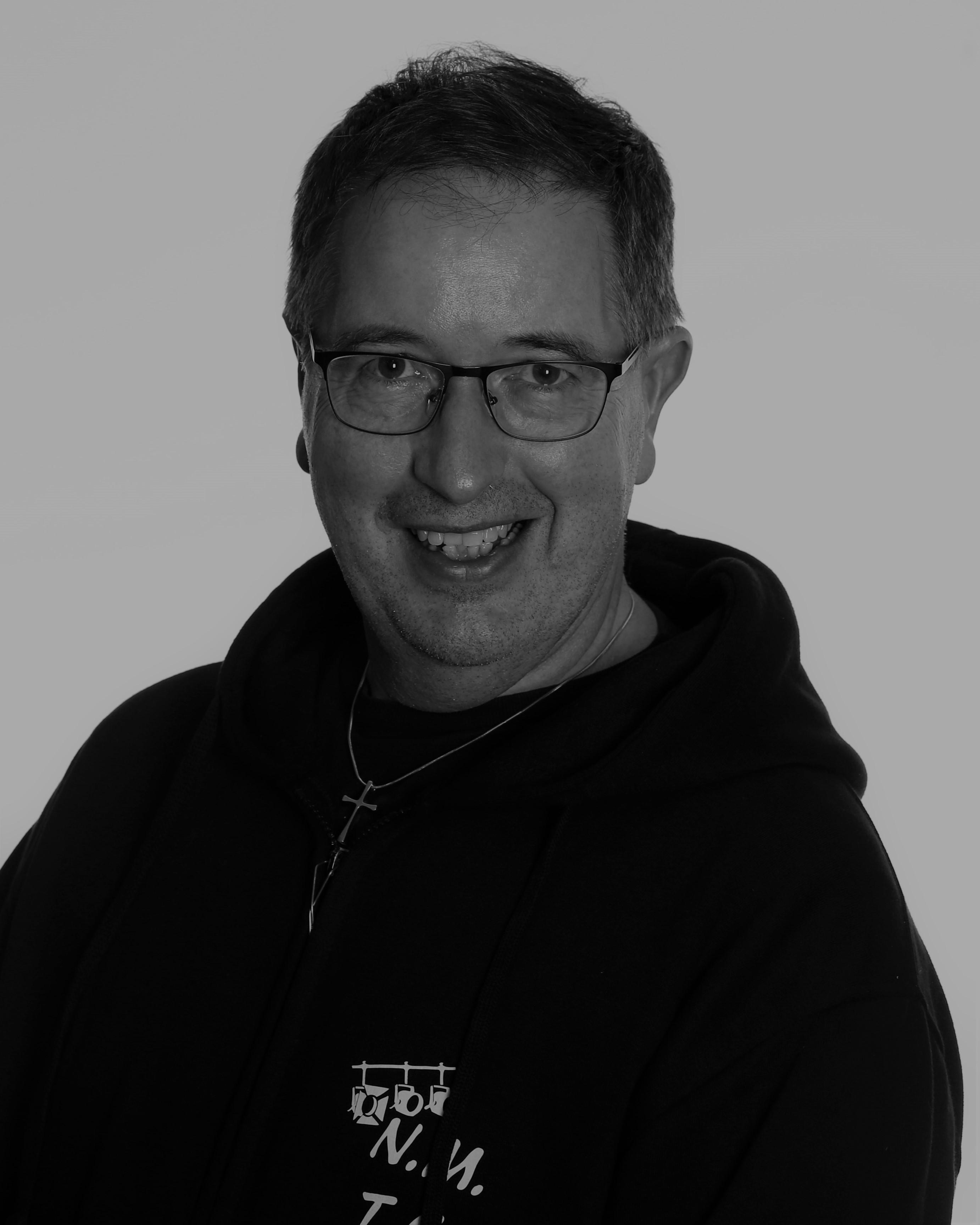 If you are interested in working together, send us an query and we will get back to you as soon as we can!
Contact Us

From Annie Get Your Gun to Sister Act, there isn’t much we haven’t performed since we begun over a century ago.

Our company is amongst the oldest amateur dramatic institutions in the country that are still active. We were founded as the Northampton Amateur Operatic Company in 1898 by the choir of Northampton’s Church of the Holy Sepulchre, conducted by William Griffiths, the organist, and assisted by the vicar Rev. Charles Brookes.

Our first production was at the Opera House in The Royal Theatre Northampton (nowadays part of the Royal and Derngate Theatre), in June 1898, where we presented Gilbert and Sullivan’s The Yeoman Of The Guard. Encouraged by the success of the new venture, the company chose The Mikado for the 1899 production, and this ran for a whole week, with gratifying support from the public.

Unfortunately, we experienced some troubles over the next few years: in 1900 the company split due to ‘artistic differences’ and The Guildhall Operatic Company was born. In 1901, the GOC then had to pull their presentation of The Gondoliers when it was announced Queen Victoria had died. The two companies presented separate shows until 1904 when they reunited as NAOC for a repeat performance of The Mikado.

All productions took place at The Royal Theatre until 1922 when the venue was changed and the production of Les Cloches de Corneville was given at The New Theatre, on Abington Street, where the Salvation Army Superstore now stands. We continued to put on shows at The New Theatre for many years, including Desert Song, earning the company the accolade of being the first amateur group in the country to present it.

The only breaks in our long line of annual shows were forced during the war years. However, we came back with a flourish in 1947 with a production of Rose Marie, for which we had to recruit an almost entirely new company! We also warmly welcomed back some of the previous members; our programme that year commented that “The passage of the war years does not seem to have affected their versatility.” It also notes that the company had donated over £3,500 to charity by that point (around £35,000 in today’s money!).

The post war years saw many successful productions at The New Theatre, including many Ivor Novello shows. In 1958, The New Theatre was razed to the ground; our final production there was White Horse Inn and, ironically, the last song in the show was Goodbye!

In 1959, we relocated to the Cannon Cinema’s Savoy in Abington Square. This was meant as a temporary home, but we stayed for 23 years! Our first production there was The Merry Widow and the last was The King and I in 1982, by which time the venue was known as The ABC Cinema – it still stands today, as the Deco Theatre. That year saw the completion of a new theatre – Derngate, where the company took up annual residency until Anything Goes in 2009.

The next year, we moved to regularly perform in the Cripps Hall Theatre, on the Northampton School for Boys campus. Over the years, we’ve been nominated in several categories for the annual NODA Awards (National Operatic and Dramatic Association). With our best year so far being Jesus Christ Superstar in 2010, where we won trophies for Best Programme; Best Poster; Best Show for Northamptonshire; and the icing on the cake: Best Show for the whole of East Midlands!

In 2011 we presented our last show as NAOC – Sweet Charity; although we will always have the affectionate nickname “The Amateurs” around Northampton, we decided that our old title no longer described who we were. Our first production as The Northampton Musical Theatre Company was Whistle Down the Wind in 2012, earned us the praises of Andrew Lloyd Webber’s Really Useful Group. And then after a 5-year absence, we returned to the Royal & Derngate with Roger & Hammerstein’s South Pacific in 2014.

On 13th October 2013, the NMTC moved out of their rehearsal venue, Wardington Court, Northampton Association for the Blind’s headquarters. Sadly this 25-year partnership was ended when Wardington Court was bought over for redevelopment. We have now taken up rehearsal residency in the Northgate School Art College. 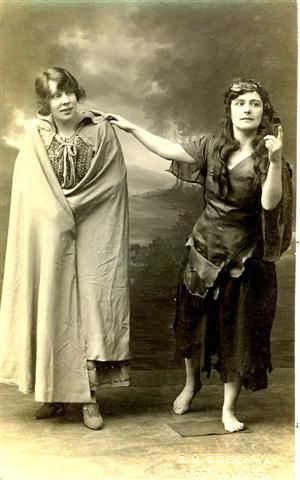 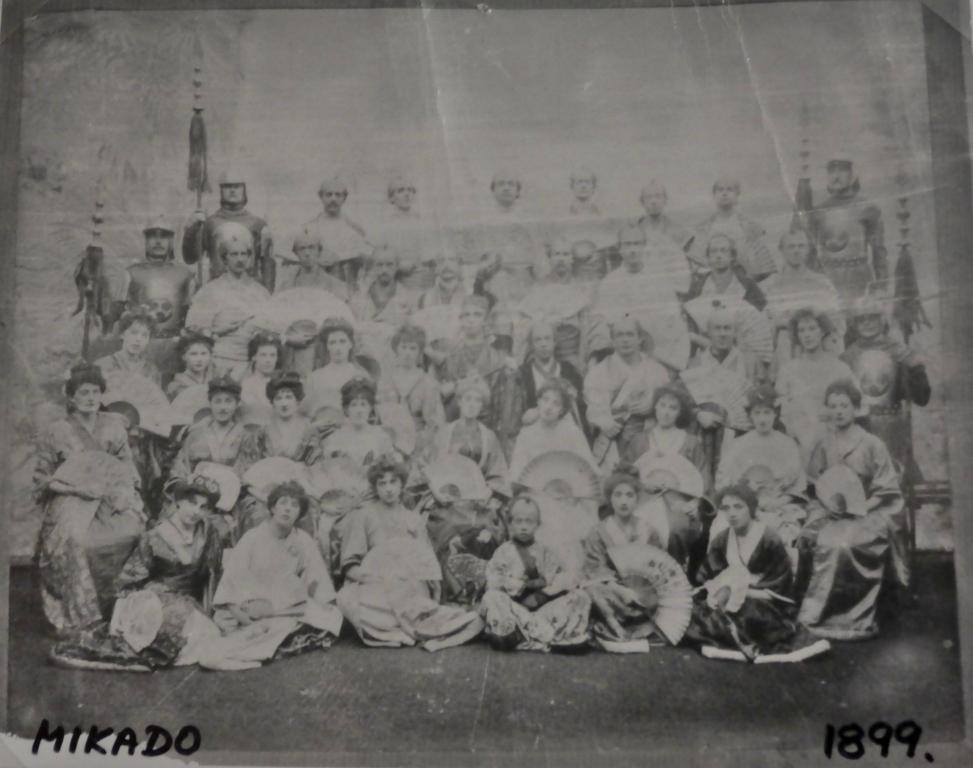 This was last updated and voted in during the 2013 AGM.

The latest version of our Constitution is available to download. 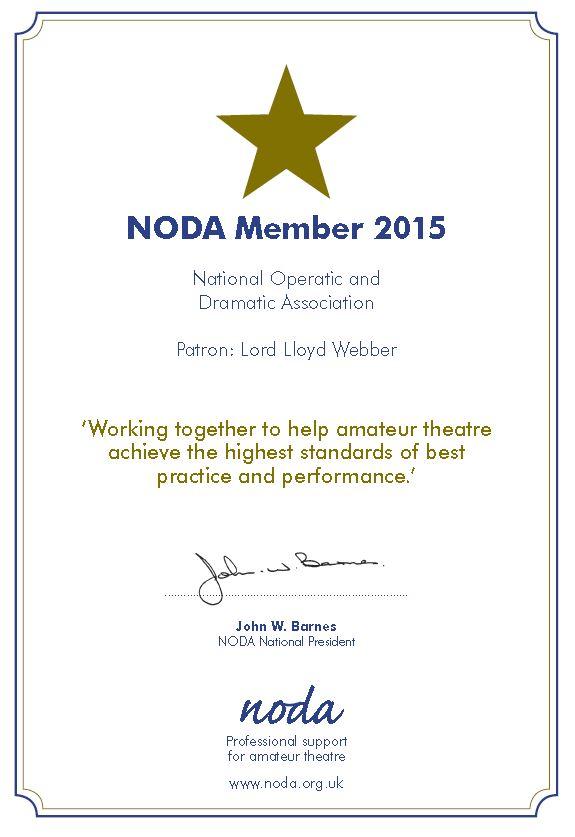 NMTC are proud to be affiliated to the National Operatic and Dramatic Association. 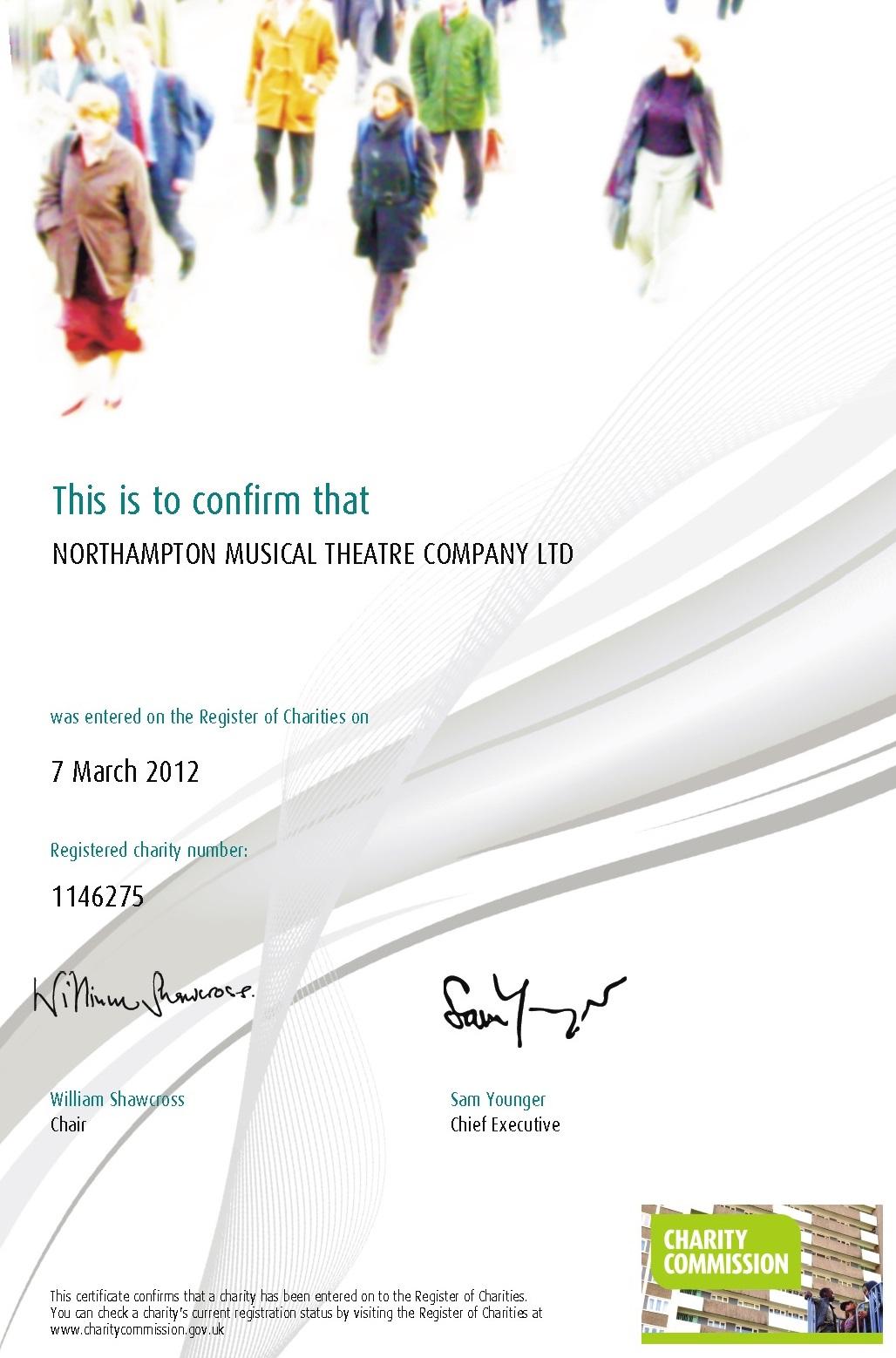 NMTC are registered with the Charity Commission under number 1146275. 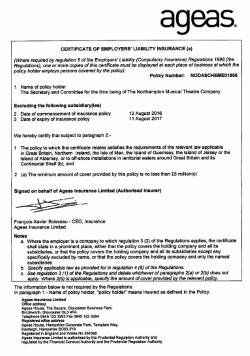 We would like to thank the following companies for sponsoring NMTC and allowing us to continue to entertain Northampton audiences: 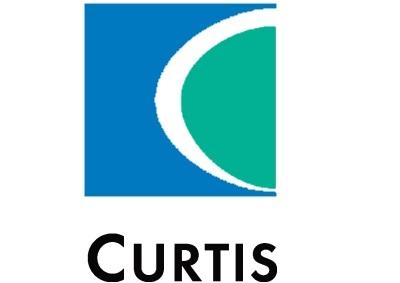 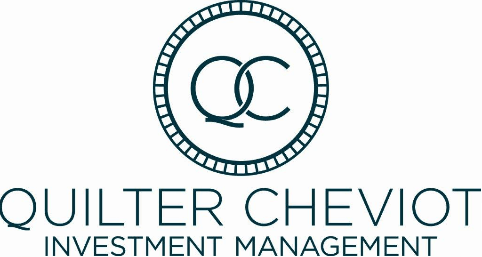 Our Charity of the Year

Chosen charity for 2018 is  NAB . Each year, NMTC chooses a charity to support, In 2016 we  supported the Northamptonshire Young Carers Service and will soon be presenting them with £1,000. Through our 2017 season, we were proud to be supporting the Northgate School Arts College. They had their funding cut for extra curriculum activities, so we were pleased to present £1,000 to help us to help them.

The Northgate School Arts College achieved Arts status in 2008 following the development of the subjects music, drama, art and media over a period of time and the realisation that the ability to achieve in these areas often lead to a dramatic improvement in the confidence and self-esteem of our young people that carried over into other curriculum areas within school as well life outside of school.

Some of our previous charities below . 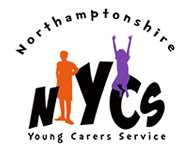 During Christmas 2016, we did some carol singing at the Northampton Raliway Station and The Windhover pub and managed to raise over £530 for the Hope Centre.

At our West End Whistle Stop Tour, we presented the Stroke Association with £1,000 as our Charity of the Year 2015. 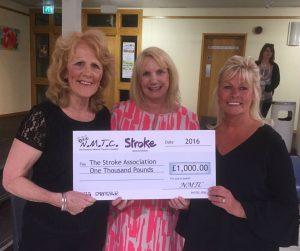 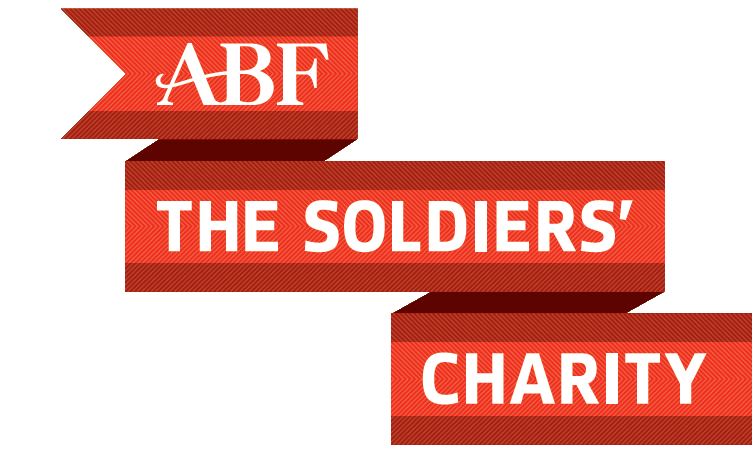 During 2014, we supported the ABF with our performances of Blitz! and South Pacific